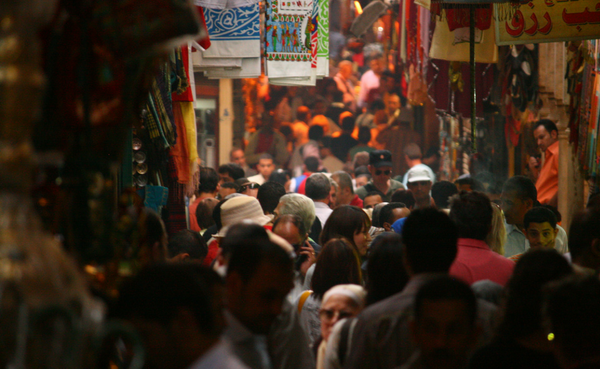 As we touched on in a previous post, language is inextricably linked to culture. Some experiences are untranslatable across cultures. It’s a common theme in diasporic Arabic literature, actually: because Arabic and English are so different, many daily Arabic terms simply don’t have English equivalents (and vice versa).
In this blog post, we’ll list five Arabic terms which crop-up frequently and explain why they’re difficult to translate. As an added bonus, we won’t include terms like yallah—terms that have multiple meanings that can be translated easily into English.

In English, you have aunts, uncles, cousins, and grandparents. In Arabic, things aren’t so simple.
Arabic splits family members by gender and heritage. Your paternal uncle is your ‘am, and his sister is your ‘ammeh; your mother’s brother is your khal, and her sister is your khalto. Your cousins aren’t your cousins: they’re the “son of your uncle,” (ibn khali), “daughter of your aunt,” (bint ‘ammi), etc.: each relationship has its own name.
And because of this, your relationship to them is different to their relationship to you: if she’s bint ‘amtak (your paternal aunt’s daughter), you’re her ibn khal (maternal uncle’s son), assuming you’re a male.
Names for grandmas vary due to historical reasons (including names like teta and sitto), but your paternal grandfather is your sido, whereas your maternal grandfather is your jido.
It would be awfully clumsy to say something like, “She’s my uncle’s wife” in English; you’d simply state she was your aunt. Not so in Arabic. She’s mart khalak or mart ‘amak, depending on if she comes from your paternal or maternal side; the same applies to aunts’ husbands.
Stepparents? “My mum’s husband.” Step siblings? “My mum’s husband’s daughter.”
All of this gets finicky to translate, especially if the focus is on families, but it shows how much value Arabic places on them.

There isn’t a translation for fashar, which has the honour of being an interjection that’s been promoted to a full word.
It’s supposed to express a moment of shock, followed by a disapproving “whatever”. One person says, “He didn’t invite you,” for example, to which the other replies, “Fashar!”
Because of the nature of Arabic, it became verbalised and, because of Arabic culture, applied to eyes. A person spurred will say, “Fashrat ‘eynoh!” (fashar on his eye). Translators need to write dialogue which gets the soul of the response across, varying on context.

3. Calling your kids dad or mum

In the Arab world, fathers will often call their kids “dad,” and mothers will often call their kids “mum,” regardless of the children’s sexes. If you’re an Arab who’s grown-up outside the Arab world, your friends may have at some point asked you why that is.
It’s a fun question to ponder. For the purposes of translation, the term “son” is often used when applicable (“Do you need anything from the shops, son?”), but because English speakers don’t use the same for girls (i.e. nobody in the modern world ever says, “Yes, daughter?”), translators will often switch in “mum” for “honey” or its equivalent.

2. Inshallah can be anything

One key moment in any Arabic speaker’s life is realising that the word “inshallah” can be meant ironically—that if someone says something will “happen soon, inshallah,” it means it’s not happening if they have to move from their seats to do it.
But if the term is pronounced in classic Arabic, the speaker is probably devout and willing to do the thing. Translating this is a problem, because, in English, just saying “God willing” reads awkwardly. Translating the text properly depends on its context.
Worse is that inshallah can also be a sincere “I hope so” without the religious connotation being meant at all.

1. Most Islamic terminology has never been translated

Due to connotation-rooted concerns, Islamic terminology has never been properly translated into English (or, for that matter, most other languages). It starts with the two most obvious examples: Islam and Quran.
“Islam” means “the act of surrendering yourself” (as in to God), coming from the word sallam (to surrender or hand over). “Quran” is rooted in qara’, meaning “read,” rendering “Quran” to mean “recited.” In English, both words are romanized.
This extends to other commonly-used Arabic terms, like wudu (the act of cleaning yourself before prayer), tayamum (cleaning yourself with sand if there is no water to pray), and even salah, which often gets rendered as “prayer.”
This last one is especially tricky. “Prayer” in English means asking God for something; the Arabic equivalent of that is “dua’a” (which also got imported into English without translation). Salah is closer to “worship,” but isn’t always used as such.